1. Long distance oil pipeline: the pipeline that transports crude oil from the oil field area to the outside of the oil field area, the middle of which needs to be heated and pressurized to complete the crude oil transportation.
2. Long distance gas pipeline: the pipeline that transports natural gas from the initial station to the first level pressure regulating and metering station of city or industrial and mining enterprises.
The length of these pipelines is more than 25km. Due to the long distance and large pipe diameter, whether it is laid in plains, hills or mountainous areas, sometimes it has to cross rivers, valleys, highways and railways, so the construction is more complicated.
3. The scope of application of quota of long distance pipeline engineering is as follows:

In 1914, the first 9 km long oil pipeline was built in the central part of the United States, which opened the prelude to the development of pipeline industry. The cost of transporting liquid or gas by pipeline is 1 / 3 of railway transportation and 2 / 3 of sea transportation, so it has developed rapidly in recent 100 years. 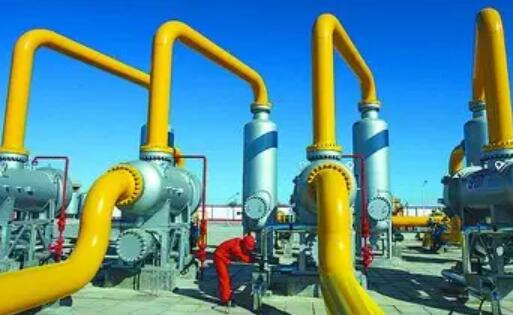 The valves used in long-distance pipeline are called pipeline valves, including ball valve, gate valve, check valve and plug valve. It is a special valve with special functions to meet the special requirements of pipeline transportation.

Structure and characteristics of valves for pipelines 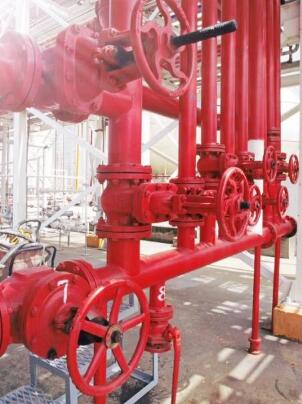 Structure
Flat gate valve is a kind of sliding valve with parallel gate. The closing part can be a single ram or a double ram with an opening mechanism. The pressing force of the ram to the valve seat is controlled by the medium pressure acting on the floating ram or floating valve seat. If it is a double gate flat gate valve, the opening mechanism between the two gates can supplement the pressing force.
Characteristic
The main features of flat gate valve are: short Structure length, good sealing performance, small operating torque, close opening and closing force, small flow resistance, no need to set abnormal pressure rise device for the valve, flat gate valve with diversion hole can clean the pipeline through the cleaner. But the Structure height of the valve is high, about 3-4 times of the pipe diameter.

Structure
The spherical regulating valve comprises a left valve body, a valve seat, a sphere, a stem shaft and a right valve seat, which is characterized in that a circular hole passage through the ball center is vertically arranged in the center of the sphere and the original flow passage hole, a butterfly plate is placed in the passage, the convex rib at one end of the butterfly plate is matched with the groove at one end of the stem shaft, and the other end is limited by a limit ring.
Characteristic
The spherical control valve has the advantages of large flow, simple Structure, good stability, convenient operation and maintenance, small flow resistance when fully opened, large allowable pressure difference, low noise and good cavitation resistance. 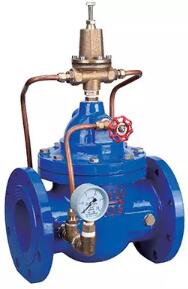 The long-distance pipeline is a global energy supply line, from the Arctic Circle to the equator, from high mountains to the sea floor, from plateau to desert, which passes through seismic zones, swamps, frozen soil, rivers, lakes and hillsides. Some are erected, some are directly buried underground, and it is difficult to maintain in the field, which requires a service life of 30 years. General transportation of crude oil and natural gas, although treated, but containing sulfur, rust and metal particles, and requires zero seal, the actual use of harsh environment and the importance of energy supply line, put forward strict technical requirements for pipeline valves. 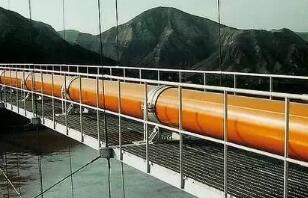 So, what are the technical requirements for pipeline valves?
1. Strength and toughness
In addition to the internal medium pressure, the valve also needs to bear the bearing capacity of foundation, the axial tension and pressure caused by the change of ambient temperature, the external load caused by landslide, ground settlement and flood, and the low temperature impact toughness of material in cold zone and frozen area to prevent low temperature brittle fracture. For all welded valve body ball valve, weld and heat affected zone, fracture toughness (CTOD) should be considered according to fracture mechanics theory.
2. Sealing requirements of grade zero
The valve requires zero level seal to ensure the effective cut-off of downstream pipeline. Considering the influence of metal particles in medium on zero level seal, metal to metal seal is used as primary seal, PTFE / rubber is used as secondary seal, and emergency sealing measures should be taken in case of seal failure.
3. It has fire safety and anti-static function
The design of pipeline ball valve should consider fire safety. In case of fire, the external leakage and internal leakage of the valve should not exceed the leakage standard specified by API 607; The ball is clamped by non-metallic materials, which may generate static electricity and must be connected with the valve body. At 24 VDC, the resistance value is less than 10 ohm.
4. DBB function
When the valve cavity is drained, the upstream valve seat and downstream valve seat shall be automatically cut off at the same time to ensure the safety during discharge.
5. Prevent clamping of valve chamber pressure
No matter the valve is in the open or closed position, the medium shall be prevented from being clamped in the valve cavity. If the medium may be clamped, the pressure in the valve cavity shall be automatically relieved for the gas medium or liquid medium. The maximum value of the pressure relief in the valve cavity shall not exceed 1.33 times of the valve pressure rating, and the diameter of the external pressure relief valve shall be DN 15 or larger.
6. Excretion
The medium in the valve chamber can be discharged; And through this drain hole, on-line seal detection of the valve is carried out.
7. Position indication
Whether manual or power driven, there should be obvious indication of valve position, indicating that the valve is in the open or closed position.
8. Drive chain
The design torque of the drive chain shall be at least twice the maximum torque of the ball valve.
9. Curing condition
The materials of pressure bearing parts and bolts shall have stress cracking resistance and meet the requirements of NACE, mr0175.
10. Emergency cut-off function
Long distance pipeline transportation system adopts SCADA system. When the pressure drop rate or duration of pipeline reaches a certain set value, the valve shall be cut off in an emergency.
11. Consider the potential corrosion and stress corrosion of groundwater
All welded valve body structure, pipeline cathode grounding and external surface anti-corrosion are adopted to prevent potential corrosion and stress corrosion.

The design concept of pipeline ball valve is the most fundamental is safety and reliability. Whether it is a long-distance transmission pipeline or urban network, it is the supply line of energy and a lifeline of national economy. The global underground oil and gas pipelines and pipelines, like the above ground transmission and distribution grid, are the basis for urban industry and civil survival. Without this energy supply line, the modern urban function will stop immediately.
Severe natural conditions for long-distance pipelines from Arctic circle-70c ° To equatorial desert + 70 C ° Temperature of; It is subject to natural disasters such as earthquake, foundation settlement, debris flow, landslide, flood and so on; Potential corrosion of groundwater and stress corrosion of sulfur-containing medium are all the factors that cause accidents. The explosion of urban pipe network is common and natural disasters have often been reported. For example, the natural gas pipeline network rupture in Seoul caused fire. In China, such as the railway Qin pipeline in 1984, due to the continuous heavy rain, Dashihe reservoir of Qinhuangdao was opened, and the oil pipeline was washed off, and 3000 tons of crude oil flowed into the sea; In 1996, the Mahui line, the upstream of the ring River flood broke out, and the pipeline was cut off, and 1000 tons of crude oil was leaked. According to pipeline magazine, sealwell estimates that the price of a 36 “pipeline ball valve is about 45000-65000 dollars, and the loss of natural gas in the upstream and downstream pipelines is about 50000-100000 dollars. Therefore, the design and manufacture of pipeline ball valve, the emphasis on safety and reliability should not be excessive in any case. And this concept should be implemented in the whole process of product design, process specification, parts processing, type test, product test, quality control and after-sales service. 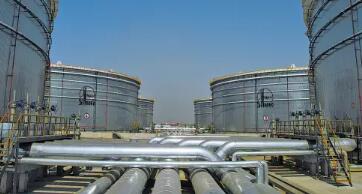 The existing valve standards for long-distance pipeline in China are: JB / T 5298 “steel flat gate valve for pipeline”, JB / T 7745 “pipeline ball valve”. Other long-distance pipeline products apply the product standards of general valves, and some special valves (emergency shut-off valve, etc.) have no national or industrial standards. There is no unified standard specification for pipeline valves. Compared with foreign standards, the content of the existing domestic industry standards is simple, incomplete and low requirements.